The imposing street corner is formed by two classical buildings with balconies, bays, stucco elements and an attractive shop area. The residential development consists of a total of 30 apartments and two commercial units. The interior of the block consists of two residential courtyards with side wings and a garden house. Most of the apartments have balconies and the attics are developed. A piece of the true Berlin is for sale in the form of well-designed one- to four-room apartments with sizes between 36 m² - 98 m². The common property is in very good condition, the balcony extension is included in the purchase price. Sustainable rents and purchase prices allow a stable and good performance. Don´t hesitate to contact us for further information and a viewing on site.

The rather industrial quarter around the Beusselstraße, Alt-Moabit and Huttenstraße with the beautiful historical AEG turbine house is mixed with quiet and attractive residential streets. The redevelopment area initiated around Turmstrasse in 2008 and the "Active Centres" initiative have contributed greatly to the positive development of the district. However, the catching-up process has not yet been completed and still holds immense development potential. Creative agencies and fitness studios have settled in former industrial buildings and the former brewery has been converted into the "Schultheiss quarter" as a shopping and service centre. Moabit is gaining in popularity and is increasingly attracting international audiences. Last year, a total of 1,170 people moved into Moabit. In addition to the district centre around Turmstraße, this location benefits from its proximity to the Technical University of Berlin (TU Berlin), which has grown into one of Berlin's most important scientific hubs with its many faculties and scientific facilities. The connection to the public transport is very good and along the Spree you can reach the TU Berlin, the public park of Tiergarten or the castle Charlottenburg quickly by bicycle. 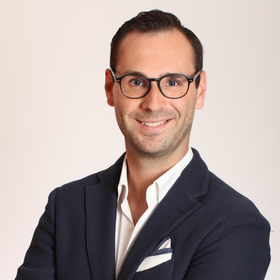